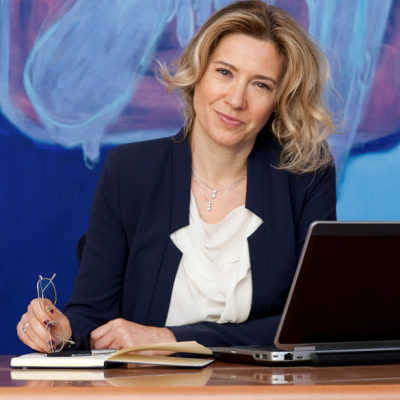 Dr. Domitilla Benigni is the Chief Operating Officer and Board Member at Elettronica since 2010. She joined Elettronica in 1996, after her Master's Degree in Electronics Engineering. She has gained a cross functional experience in areas such as Strategic Planning, Business Development, Engineering. She was born in Rome, Italy, where she lives with her family. She is married and has one daughter and one son. She is the daughter of Enzo Benigni, President and CEO of Elettronica. Mr.Benigni’s uncle founded Elettronica in 1951 and his family is the majority shareholder of the Company.

He is CEO of CY4GATE. He was DEPUTY CEO & General Manager of CY4GATE. He joined ELETTRONICA in 2008 where he held several important roles. He was previously a Carabinieri Corps Officer. BA in Law, University of Rome; BA in Political Science, University of Trieste and MBA, Luiss Business School, Rome. He fluently speaks Portuguese and English. Economics and business graduate from LA SAPIENZA University of Rome, Enrico has been a business consultant at Arthur Andersen for several years prior to joining Telespazio S.p.A. as CFO from 2005 to 2018 and General Manager. Currently head of the  Administration and Tax department at Leonardo S.p.A, he is a member of the Board of Directors. Enrico is fluent in English.

Graduated in electronics engineering at the Politecnico of Milan, he has been a Professor at the department of electronics at the same University where he graduated from 1974 to 1977. From 1976 till date of enquiry, he has also been teaching at the Berkeley University of California. He was co-founder of the Cadence Design Systems where (from 1983 till the date of enquiry) he covered the role of Chief Technology Advisor and where he was member of the Board of Directors. He was furthermore  founder of the Synopsys where he was also member of the Board of Directors. He has also been (from1987 to 1991) Chief Technology Advisor at Synopsys. From 1982 to 1991, he was external advisor for IBM; from 1978 al 2010 he has covered the same role at CEO of ST Microelectronics. Beginning 2010 till date of enquiry, he has been senior advisor for the President of the firm and Chief Executive Officer for Elettronica S.p.A. He has been, and keeps being nowadays, a member of the Board of Directors at Expert System S.p.A. 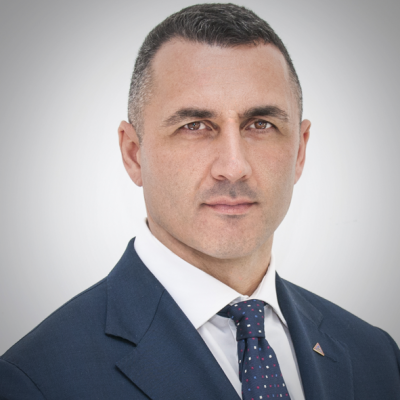 Eugenio is the CEO of Telsy (TIM Group). He was CEO of CY4GATE and Deputy Chief Operating Officer at Elettronica. He graduated from the Military High School "Nunziatella" in Naples and from the Army Military Academy in Modena, spending 15 years in various operational roles as commanding officer in military operations. Since 2005, when he joined the private sector, he has launched several high-tech ventures. He holds a Law Degree from the University of Naples, a Degree in Political Sciences from the University of Turin, an MBA from London Business School and an LL.M from Hamline University Law School. He is fluent in English, French, Russian and Spanish. He is a member of the board.

Independent Director in accordance with the following articles: 147 ter and 148 in conjunction with subparagraph 3 of the TUF and article 3 of the Codice di Autodisciplina.

Graduated with honours in Economics, he is enrolled in enrolled in National List of Graduates in commerce and in enrolled in National Register of Auditors. He has a strong experience in the Telco, IT and Media fields developed in over 15 years of business consultancy both in Italy and abroad which led him to cover the role of Partner in Bain & Co Italy and Bain & Co Australia. He joins Poste Italiane Group becoming CEO of Postecom and later of Postel. He currently holds the position of "Advisor" for Palamon Capital Partners LP.